As a graphic design studio in Africa, our work is varied and interesting. One of our challenges is to cover the multitude of languages spoken on our continent. We are often asked to design documents in other languages, mainly French and Portuguese (but we’ve done work in Mandarin, Spanish, Arabic, Swahili, Afrikaans, Zulu, Setswana too!).

With approximately 3000 languages and 8000 dialects spoken across 55 countries, Africa is a truly diverse continent. Most Africans are bilingual or even multilingual, so when it comes to communicating, we’re a bit of a hodgepodge.

English is considered the ‘lingua franca*’ in most of Sub-Saharan Africa, but French and Portuguese have very strong influences too.

*A lingua franca is a language used to make communication between people who do not share a native language possible.

These are a few things to consider when graphic designing in a foreign language:

Afrikaans is an African language – it is the only known Indo-European language that developed in Africa.

Knowing from the outset that the document will be translated into a foreign language helps immensely in the graphic design and allows us to make the necessary allocations right from the beginning – thus saving time and money. Once again, this will be taken into account when doing the English version so that the fonts do not have to be changed to accommodate the foreign language thereby keeping your documents looking as similar as possible.

English to German translations can require up to 50% more space! 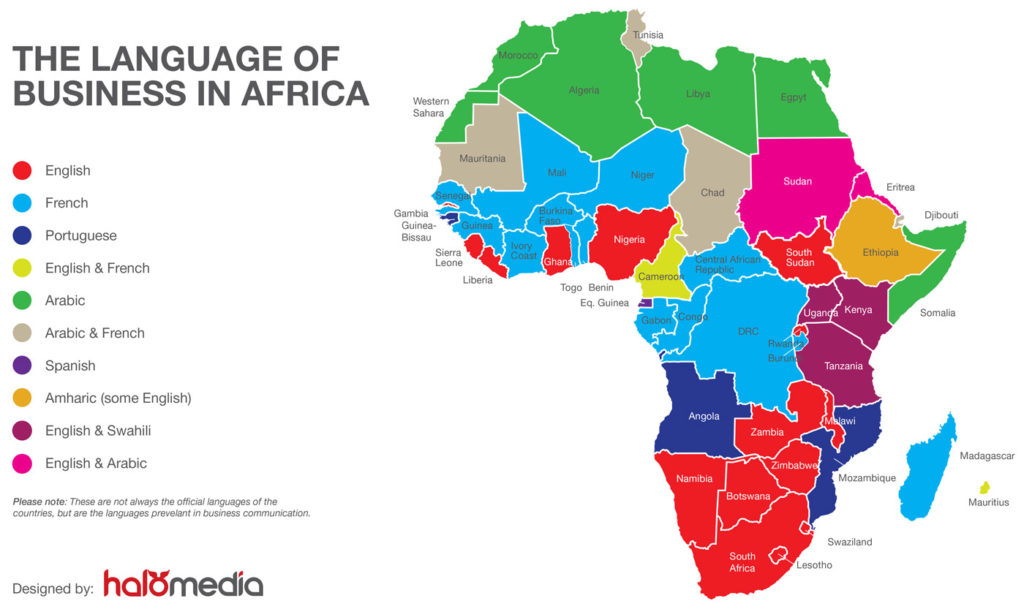